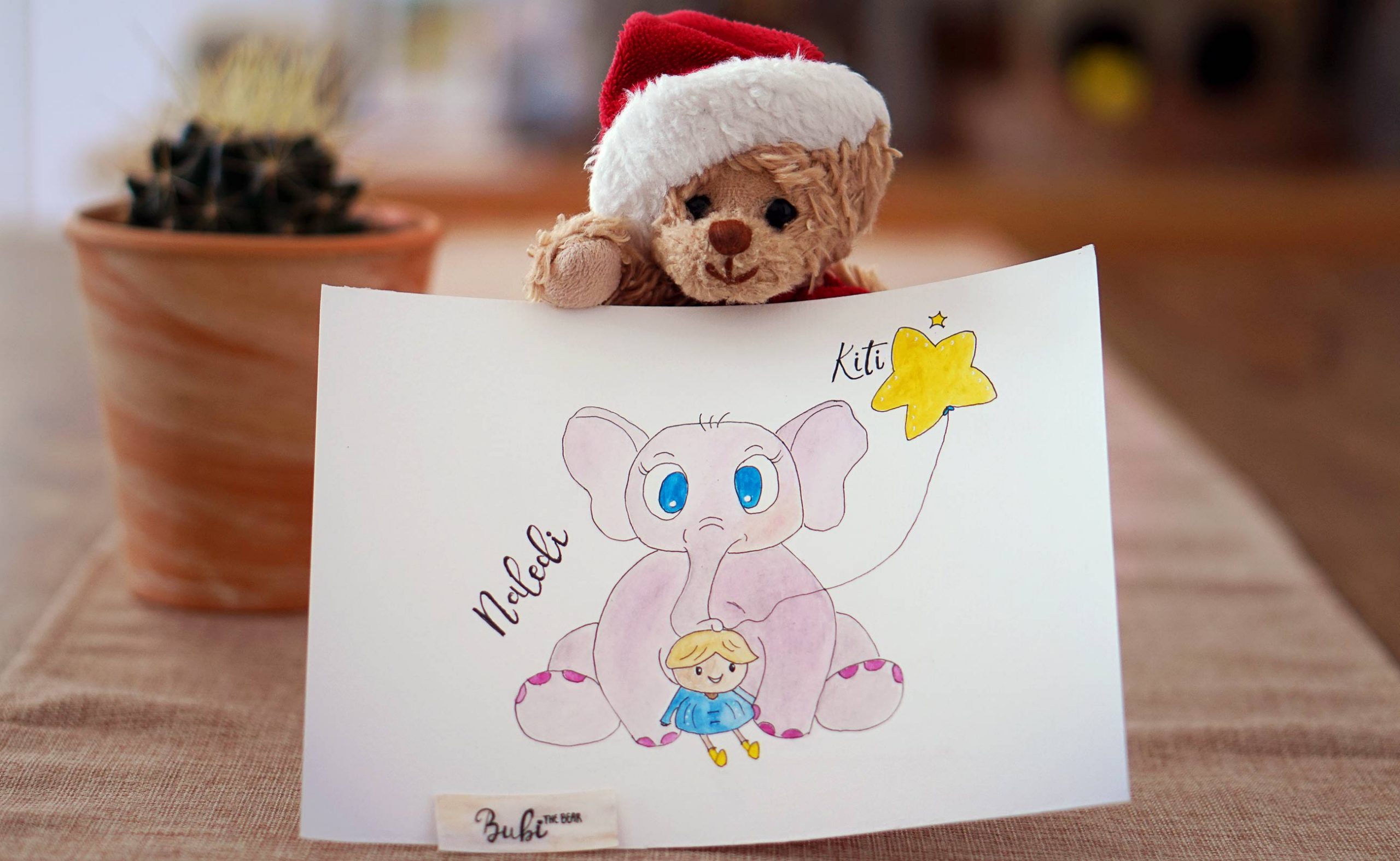 A few days ago I watched a beautiful and very emotional documentary “Naledi: One Little Elephant“. It’s a true-life story about a baby elephant Naledi born into a rescue camp in the wilderness of Botswana. She’s orphaned at one month of age. She was depressed, she didn’t want to eat and almost died. After her mommy died, she stayed with the herd but she didn’t have enough milk to eat and she was getting frightenedly underweight.

A dedicated team from the rescue camp in the wilderness of Botswana couldn’t watch little Naledi loosing her battle and they took her away from the herd in the camp where they nursed her 24h a day. It was a very though decision but the only thing they could do to save little Naledi. They finally managed to find appropriate milk for her and she started eating. This amazing team was her “mother”, they were everything to her. They played, slept, ate and laughed together. After a baby elephant Naledi recovered she went back to the herd.

It’s a real story about the special bond between elephants and people and about these beautiful and remarkable creatures in general. Elephant babies are so emotional that if they lose someone that is nearest to them they become depressed and they can easily die. That was the sad case of a little baby elephant Aisha. You can watch her story in this documentary “My Waild Affair: Elephant Who Found a Mom“.

This “Naledi” drawing is dedicated to all the elephants 💚. It was inspired by a baby elephant Naledi and represents the bond between her and a human. Naledi means star in Setswana and in these drawing this star represents her mommy Kiti.

“Elephants love reunions. They recognize one another after years and years of separation and greet each other with wild, boisterous joy. There’s bellowing and trumpeting, ear flapping and rubbing. Trunks entwine.”
― Jennifer Richard Jacobson, Small as an Elephant

6. Naledi: One Little Elephant – beautiful true-life story about a baby elephant Naledi born into a rescue camp in the wilderness of Botswana. She’s orphaned at one month of age, she was depressed, she didn’t want to eat and almost died. Follow her story, how dedicated team of men working around the clock to nurse her saved her life.

Find out more about the elephants in one of my other drawings: Maisha & Maktao 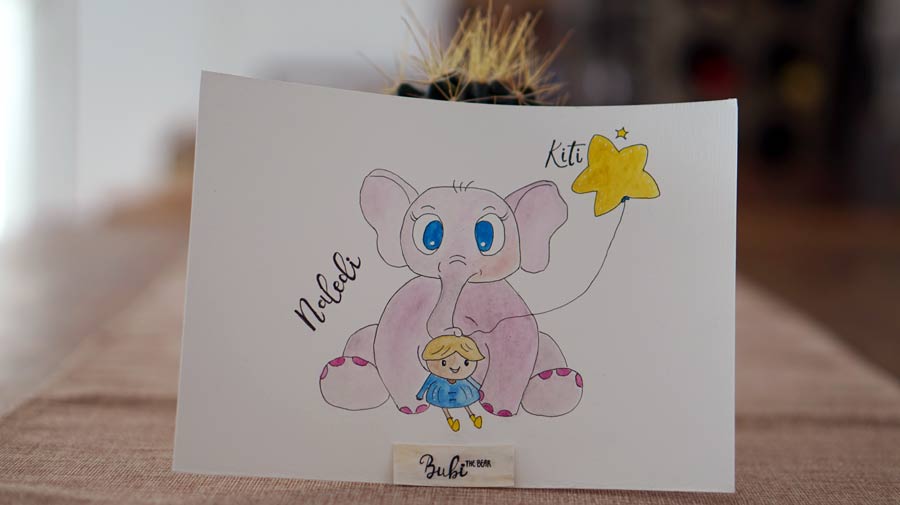 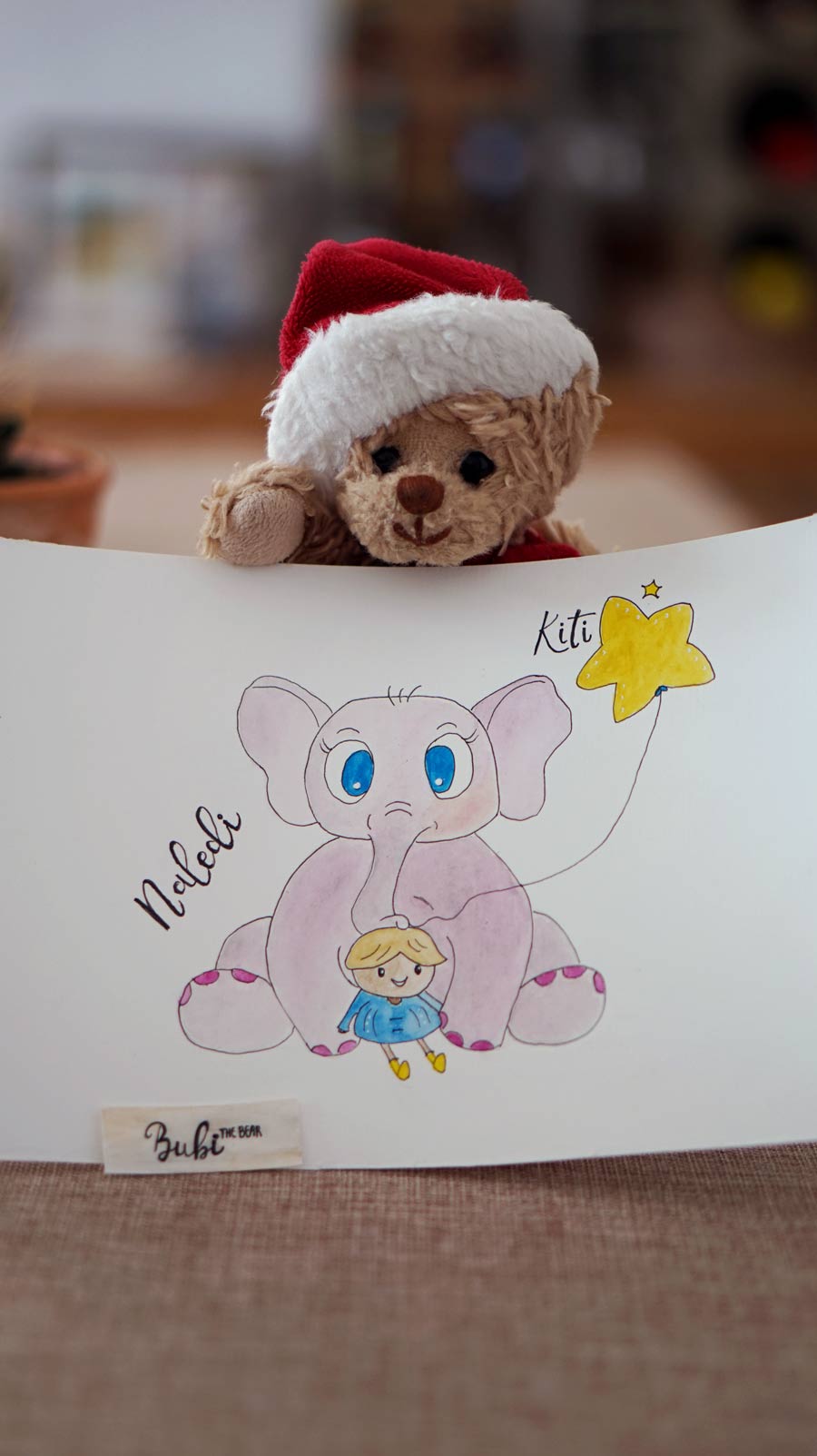 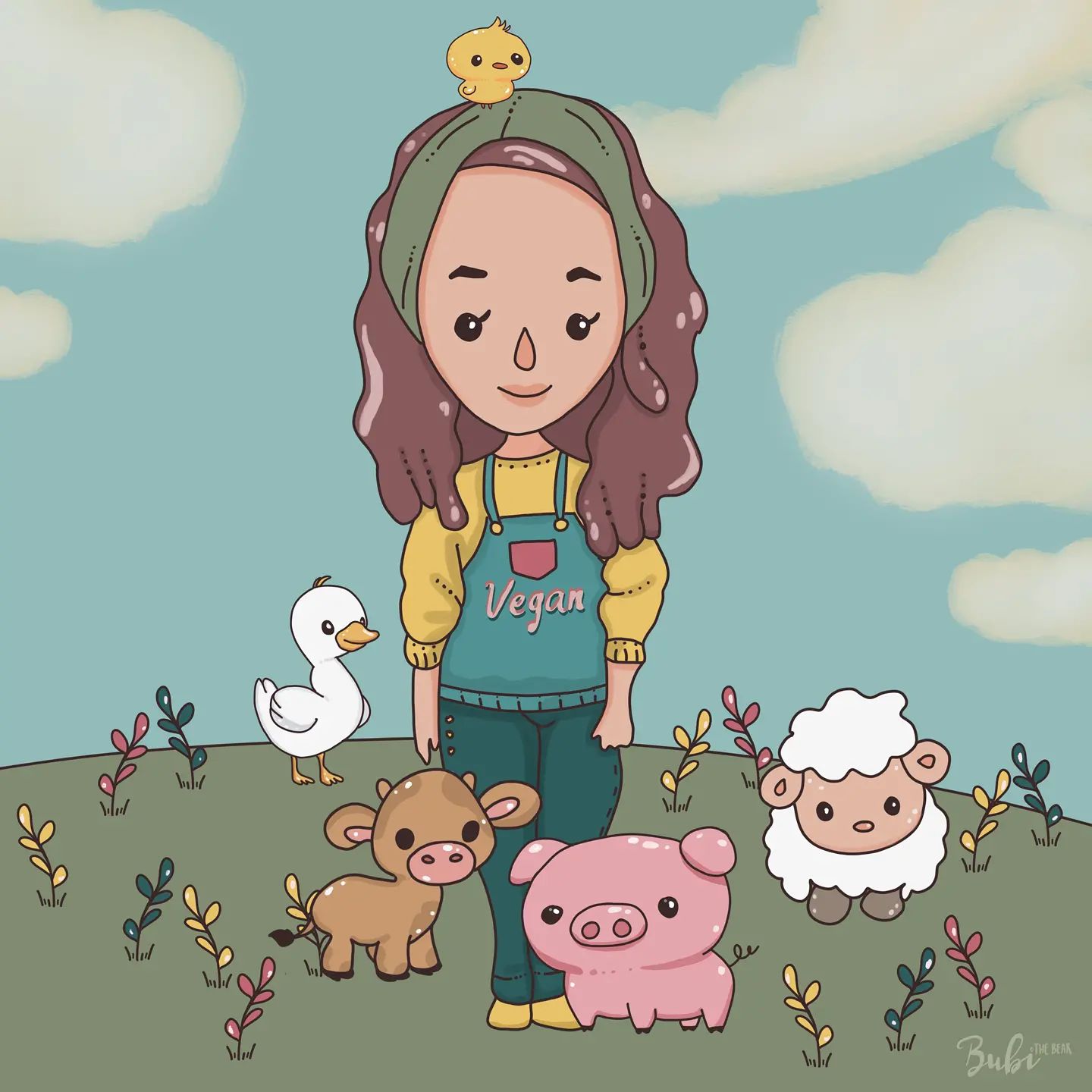 bubithebear
•
Follow
There’s beauty we're blind to see, There's someone who wants to be, There’s innocence we must protect, There's suffering we can't neglect. What is love if we don't share it, What's the future if we can't bear it, If we get lost in our blindness, There's no peace without kindness. Be kind! Thank you @eckyo.me for the amazing @skillshare class 💗 #animalrights #animalrightsactivists🐾🐷🐖🐑🐐🐮🐄🐓🐔🐣🐥🦋❤️🙏💚🌱 #veganillustration #friendsnotfood #artivist #veganartist #bubithebear #veganillustration #veganart #procreate #letsdrawthechange #plushiecommunity #digitalillustration #ArtOfCompassionProject #farmanimalillustration #plushiedrawingthursday
View on Instagram |
1/9 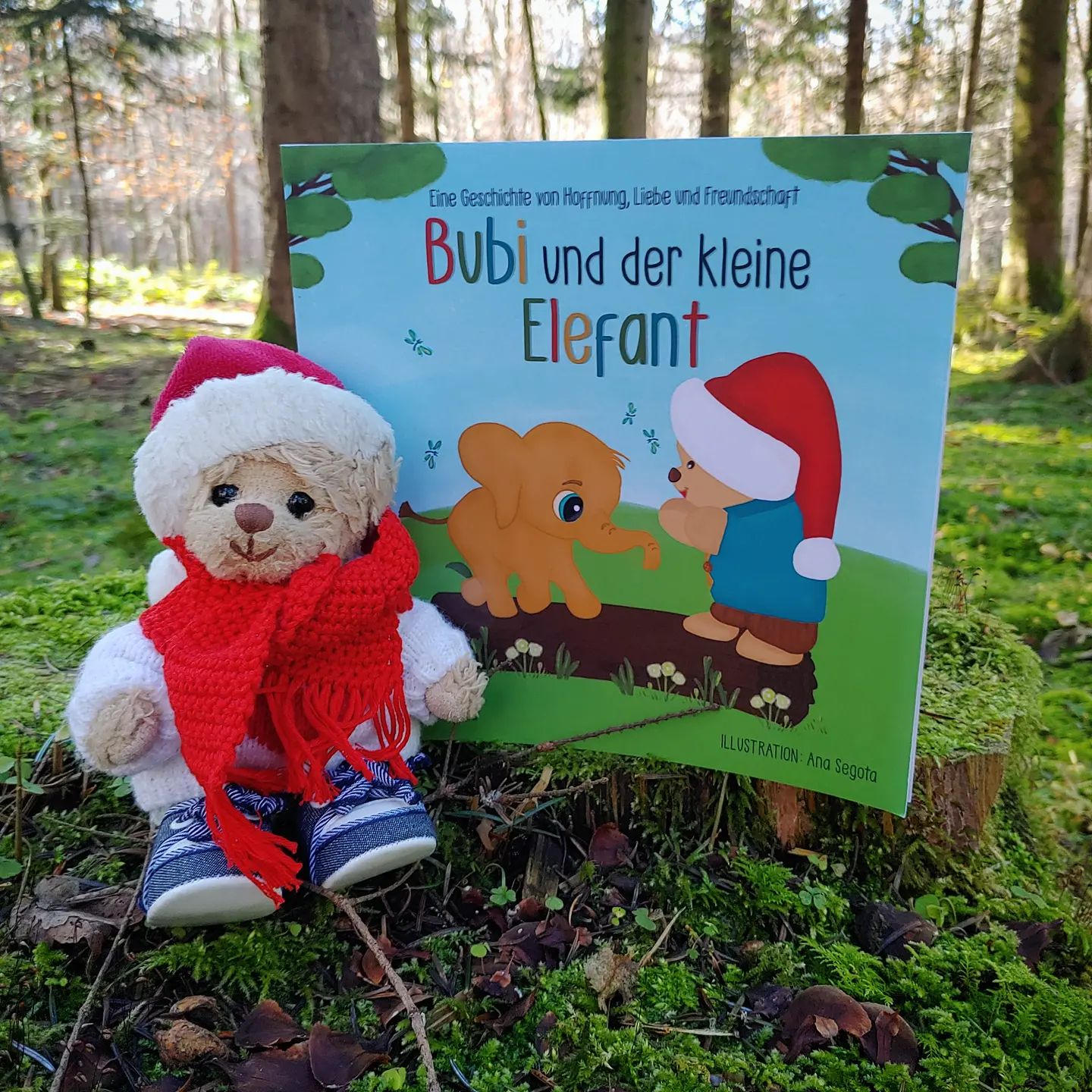 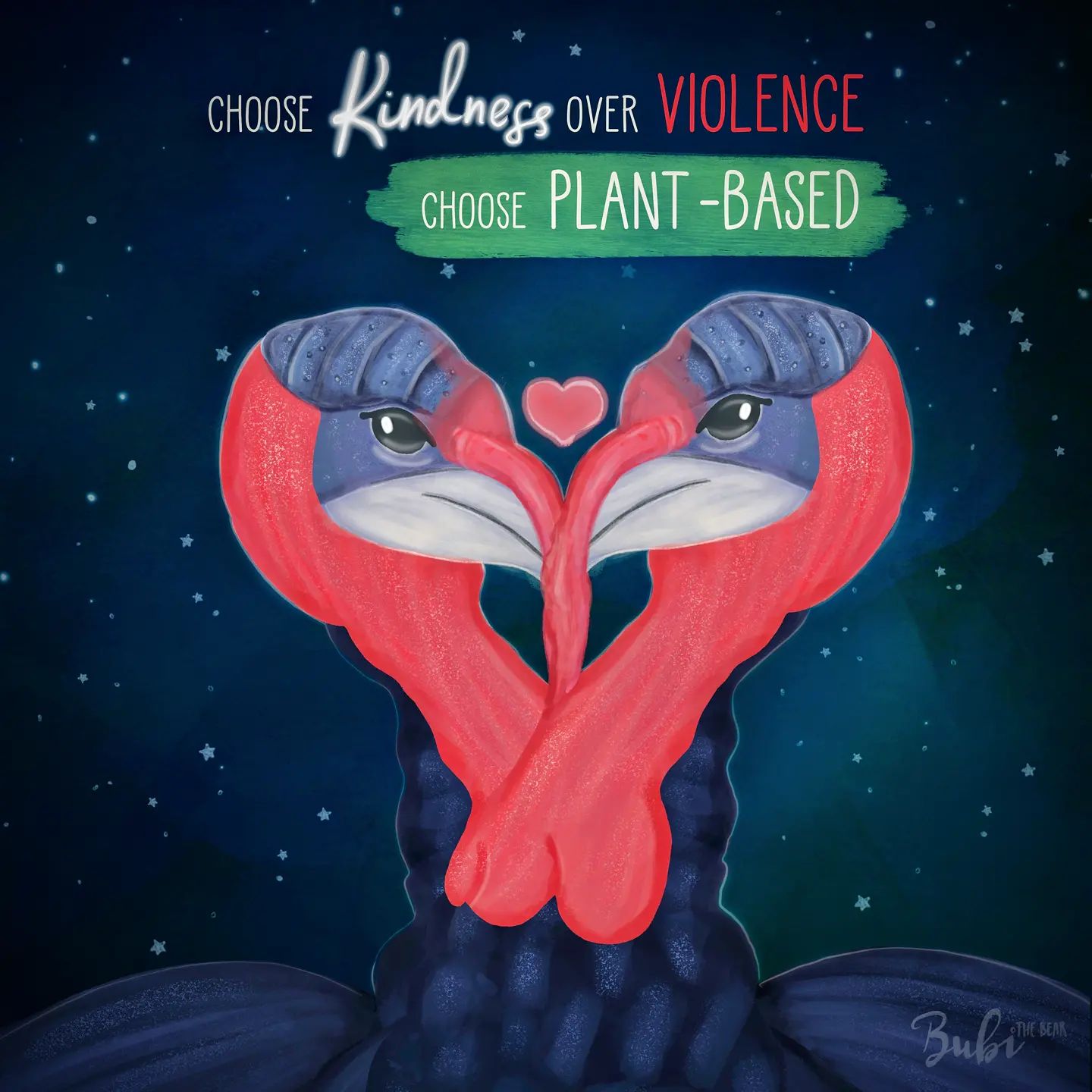 bubithebear
•
Follow
Thank you @lililalelu for this beautiful scarf u made for me ❤, it's soo special. I'm soo happy to finally meet you live. We had such a lovely time with you at Chiemsee 😍. Walking in the nature, talking about animals, eating banana bread on the bench...oh what a perfect day. Love u beary much💗🐻 #chiemsee #bayern #chiemseealpenland #bayerischesmeer #chiemgau #chiemseemomente #getoutside #naturelover #nature_brilliance #thegreatoutdoors #naturephotography  #wanderlust #bubithebear #plushiecommunity
View on Instagram |
6/9 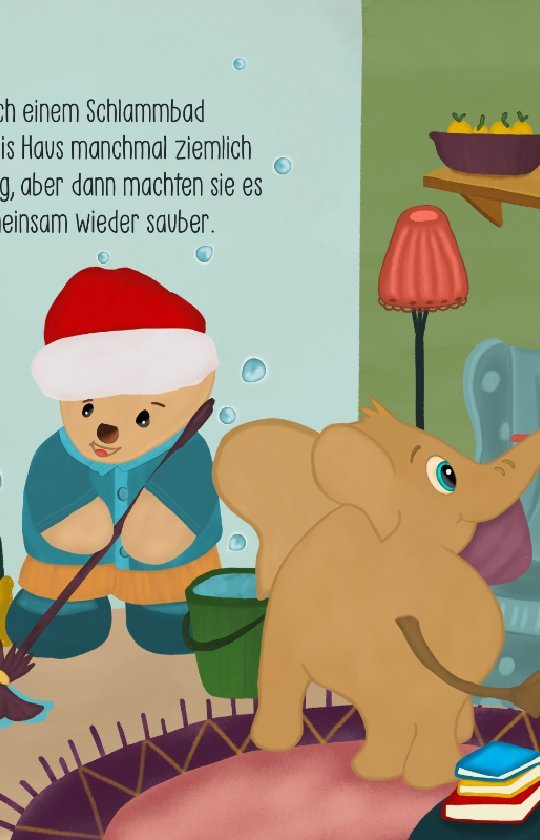 bubithebear
•
Follow
Many of you loved this illustration from my children's book. So, today I give you a never seen behind the scenes footage 😁. I hope you'll enjoy this one 😁🐘🐻 #ChildrensBooks #EarlyReaders #IndieAuthors #KidLit #KidsBooks #PictureBook #ReadYourWorld #ElephantLovers #ChildrenBook #SaveElephants🐘 #LoveElephants #bubithebear #PlushieCommunity
View on Instagram |
7/9 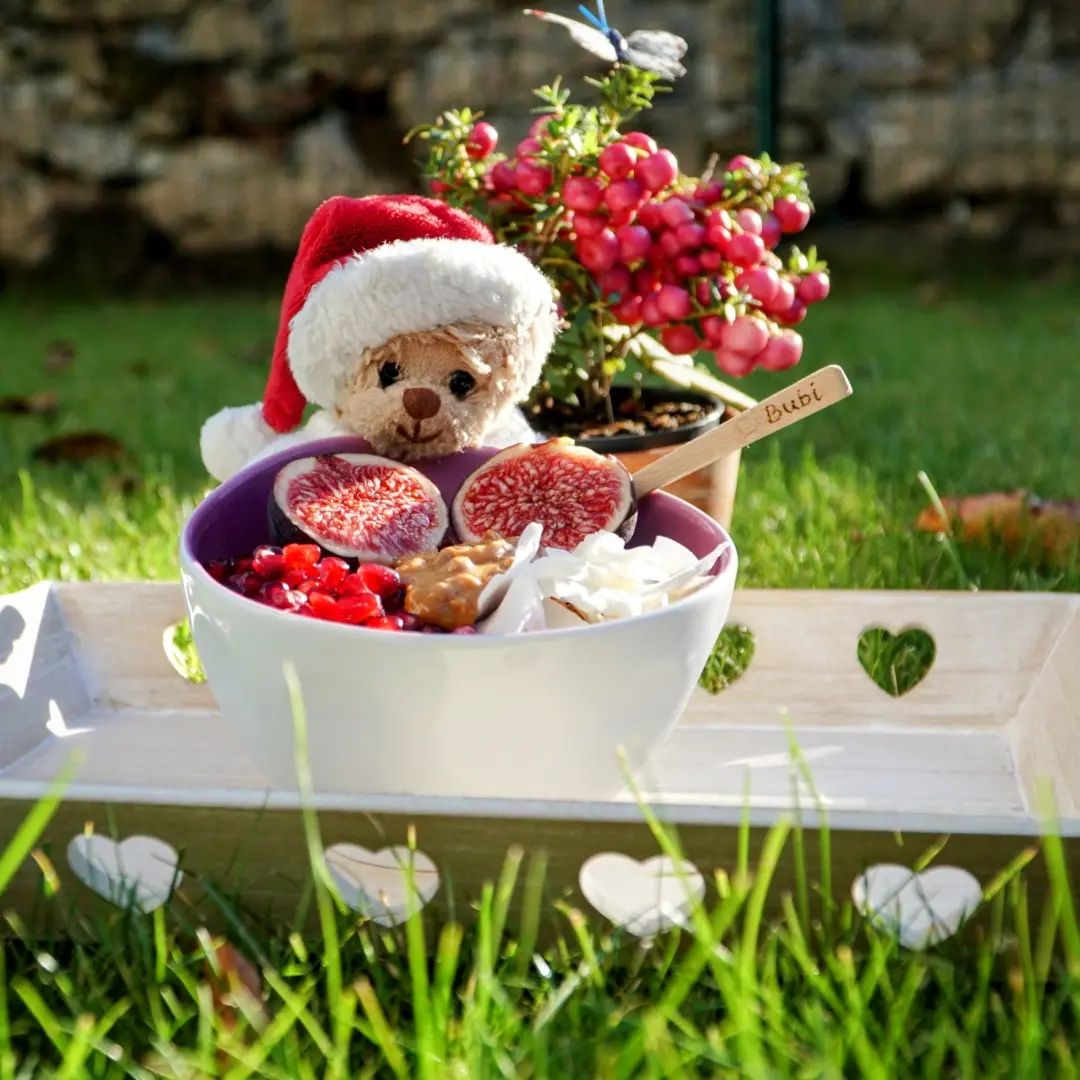 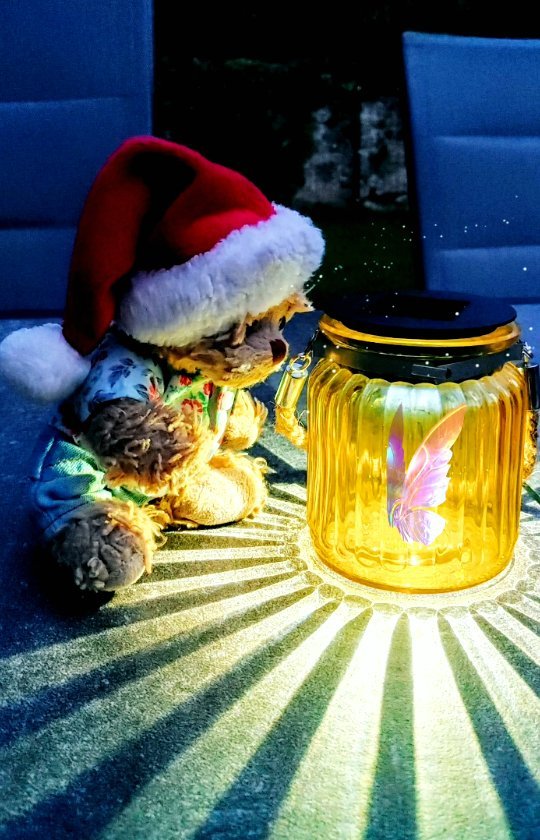 bubithebear
•
Follow
Sweetest little Tinkerbell Can you make my wish come true? To show the people around the world That animals have feelings too Be it a pig, a cow, or a dog Be it a sheep, a goat, or a frog Life is sweet for every kind If only people could change their mind It's oh so easy when you grasp the fact Life is worth more than a 10-minute snack #animalrights #stopfactoryfarming #friendsnotfood #farmanimals #endspeciesism #bubithebear #plushiesofinstagram #friendsnotfood❤️ #bekindtoeverykind #tinkerbell #animalsarefriends #bekindtoanimals
View on Instagram |
9/9
View on Instagram