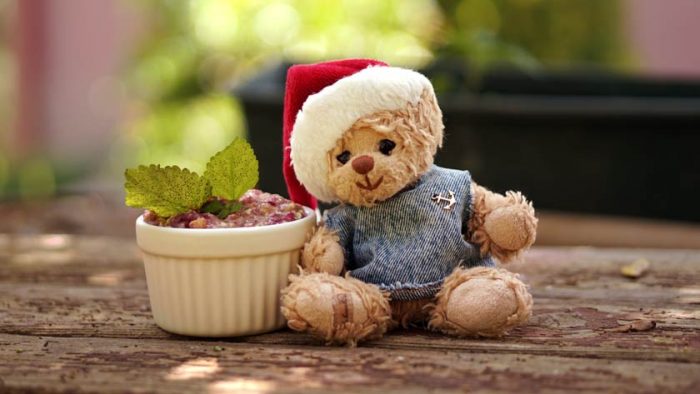 Here’s my favourite recipe for vegan overnight oats! I love to eat these for breakfast. It is a very healthy meal and very practical cause I can prepare it ahead for busy mornings. It is also very easy to make, takes just 5 minutes of your time and you are ready to go!

END_OF_DOCUMENT_TOKEN_TO_BE_REPLACED

bubithebear
•
Follow
Friendship, one of the most beautiful things that can happen in this life. It fills your heart with joy and brings a smile upon your face. Not too long ago you could only make friends if you met someone in person, in town where you live or maybe on a vacation. Today you can get close to someone and become friends without meeting face to face, like in our wonderful plushie community. Sometimes, if you’re lucky, you get to meet your online friends in the real world and that’s always a very special experience. Last Tuesday was one of those special occasions as my dear friend Deli @iknowthatitsdelicat and her humans visited me at my house 😍. It was so much fun. We had lunch together and then went for a walk around town. We even spotted a playful squirrel in a small forest along the way.  They could only stay a couple of hours and you know how time flies when you’re having fun. I can’t wait to see Deli and her moms again. Miss you already ❤ Thank you Deli for taking the time to visit you’re always welcome here. CU soon 😘 #plushiefriendship #plushiefriends #friendsforlife #plushiecommunity
View on Instagram |
1/9

bubithebear
•
Follow
What does your perfect day look like? There’s nothing better in life than when things come together in a way that just makes you smile for no apparent reason. Your heart is full, your soul happy and all the positive energy simply radiates making you and everyone around you feel connected in this mysterious web of life.  Last Sunday I had a perfect day. With my humans, I visited one of our favorite places, Erdlingshof. It’s a place where people and animals come together as equals. Animals live their lives in peace on a beautiful piece of land without a worry in the world. An amazing team takes care of their needs and showers them with love and compassion. Once a month visitors can come to enjoy the company of these beautiful beings, hear their stories and have a taste of delicious plant-based food (cakes are amazing:)). As you can see it really doesn’t take much to fill life with joy. Just seeing a pig happily napping under the tree, cows and sheep browsing fresh grass, rabbits jumping around, and geese arguing over something I don’t understand is enough to make my day. Add that to amazing vegan food and interesting people and it's perfect. With our world in a pretty sad state and with all the doom and gloom in the news, we often forget how simple things can make our day a happy one if we just let them. Spending time in nature, seeing happy animals, and meeting interesting people is what does the trick for me. Erdlingshof is one of these places where it all comes together. A sanctuary not only for farmed animals but also for the people to get away from all the mess in the world. Like all sanctuaries, Erdlingshof is dependent on the support of the people that believe in the mission to promote kindness and compassion to farmed animals. On their website, you can donate and become a supporter of one of the residents, which I would highly recommend. You can follow Erdlingshof on Facebook, Instagram, and Youtube where they regularly post short videos and images. So you can meet sweet Ella, always hungry Sebastian, escape artist Ferdinand, and many others who call Erdlingshof their home. They can brighten your days too. Happy Mother's day ❤
View on Instagram |
2/9 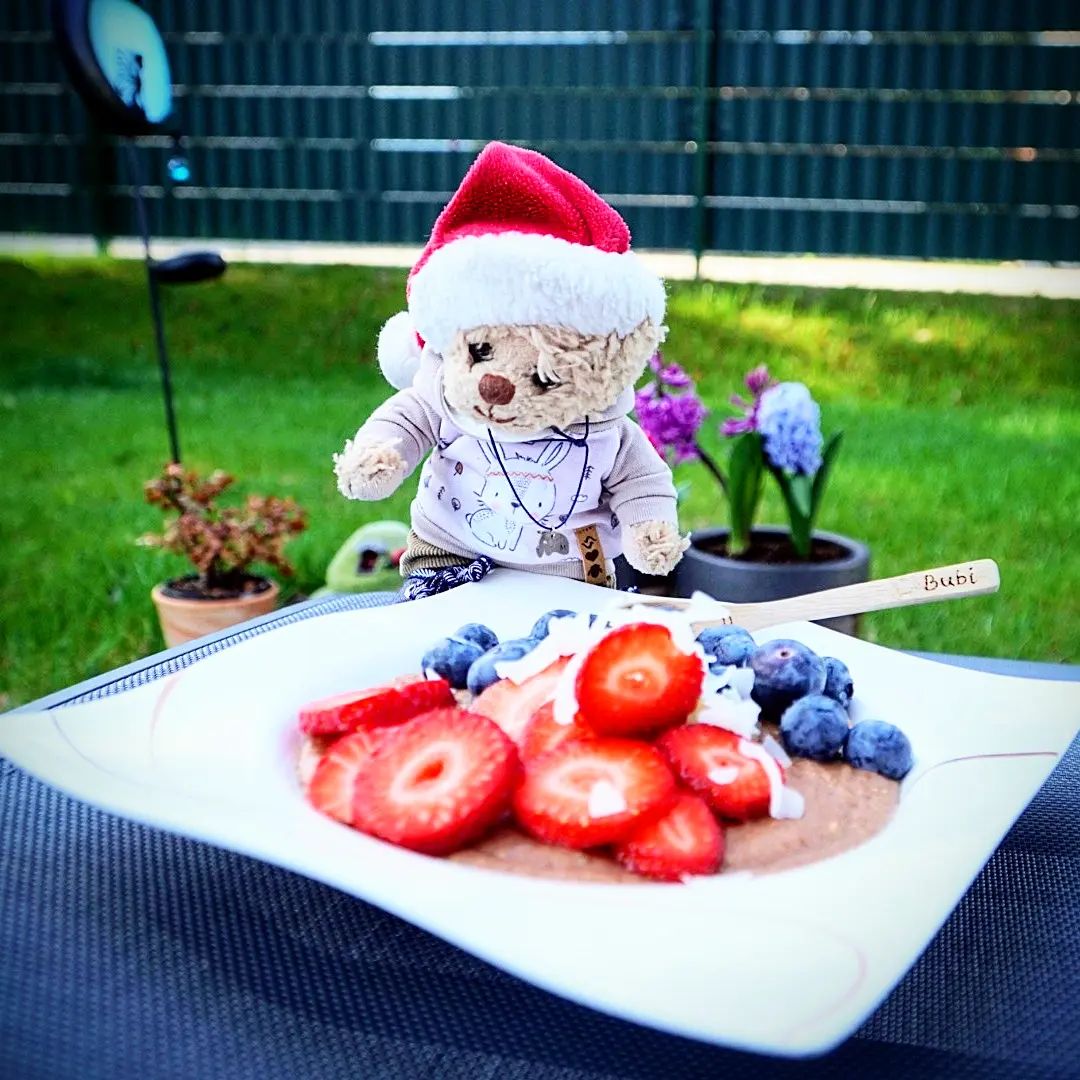 bubithebear
•
Follow
Yesterday my doorbell rang and when my human opened the door there was a postman with a small package. We opened the package and saw the cutest eyes looking at us 😭🥰. A very special surprise from anonymous sender which @plushiewear helped arrive to me safely. Meet my sweet brother Emerson 🐘. I was 😭 from happiness, this is such a special gift 🥰🙏. U all know how much I love elephants 🥰. I can't thank u enough my dear anonymous sender, u made me smile ❤ and u filled my heart with joy 🥰. #thankfulgratefulblessed #thankfulheart❤️ #thankfulfor #plushiecommunity #frienship #bukowskidesignofsweden #kindnessmatters #kindnessismagic #teddybearlove #plushiesofinstagram #portraitphotography📷 #plushiecommunity
View on Instagram |
4/9 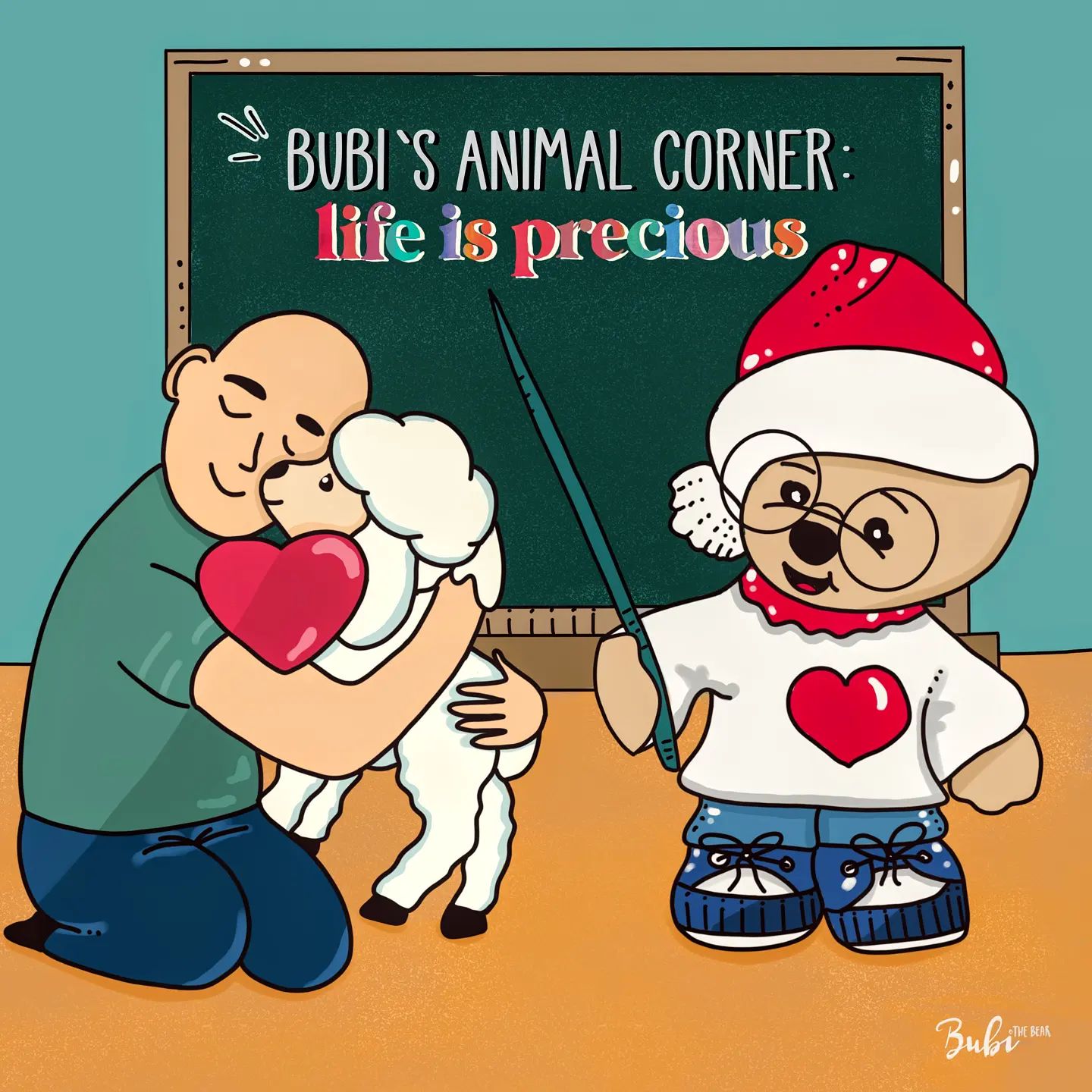 bubithebear
•
Follow
Today I'd like to share a story my human once told me. It is something that happened 20 years ago. It's a short sad story, but also an example of how societal conditioning forms our thoughts and actions and how we can change. It was the middle of the night. While driving back home with his friend, suddenly, out of nowhere, a sheep appeared on the road. At a speed of almost 100km/h, my human couldn't avoid and hit the poor being. Even before they got out of the car the sheep somehow managed to drag herself off the road and into the nearby bushes. They couldn't see her but could hear her painful bleats. However, he told me, that wasn't something they were upset about as the main worry was the damage to the car. The poor being who experienced a horrible shock was probably slowly dying in agony and all he was thinking of was the damage to the car. He said he also felt anger towards the sheep and, in his head, in a way blamed her for the damage.  How can that be? How can a car, a thing, be more important than a living, feeling, sentient being? It's simple, we're conditioned that way. From an early age, we learn to treasure material possessions and even worship them in some way. We give them meanings they inherently don't have and some even become status symbols. On the other hand, we also learn that other living beings are at our disposal so we can do as we please with them. Some are then considered pets, some entertainment (Circus, Zoo), some livestock, etc. Just think of the word "livestock". Live...stock, it's horrible. To me, it’s a sign of a complete lack of respect for the being.  My human has learned a lot since then and completely changed his ways. He also helped me write this ;). The animals are not on this planet for us, but with us and there's a place for all. They are not some nuisance that we tolerate for our own “benefit”. Just watching them being themselves on their own terms can bring joy to our lives. No violence, no abuse, no exploitation. In every meaningful way, they are way more similar to us than we care to admit. In any case much more than a car. We might not be the same, but we’re equal. Please treat them with respect. Stay kind ❤
View on Instagram |
5/9 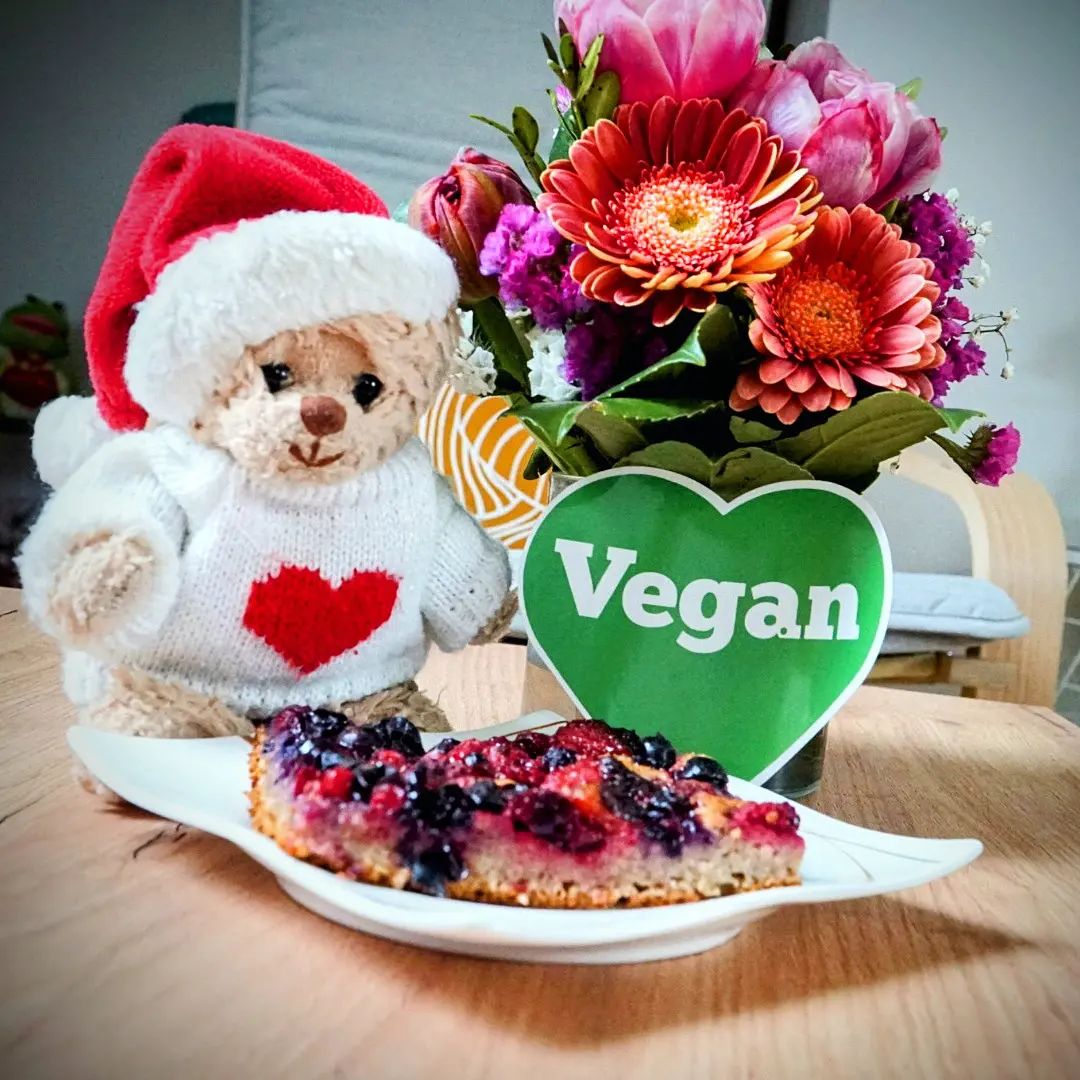 bubithebear
•
Follow
“A single act of kindness throws out roots in all directions, and the roots spring up and make new trees.” —Amelia Earhart Thank you @meer_liebe_lola for this beautiful outfits and to my dear @iknowthatitsdelicat for letting me know about your lovely shop ❤ #supportsmallbusiness #smallbusinesssupport #bukowskidesignofsweden #teddybearsofinstagram #kindnessmatters #kindnessismagic #teddybearlove #plushiesofinstagram #portraitphotography📷 #plushiefashion
View on Instagram |
7/9 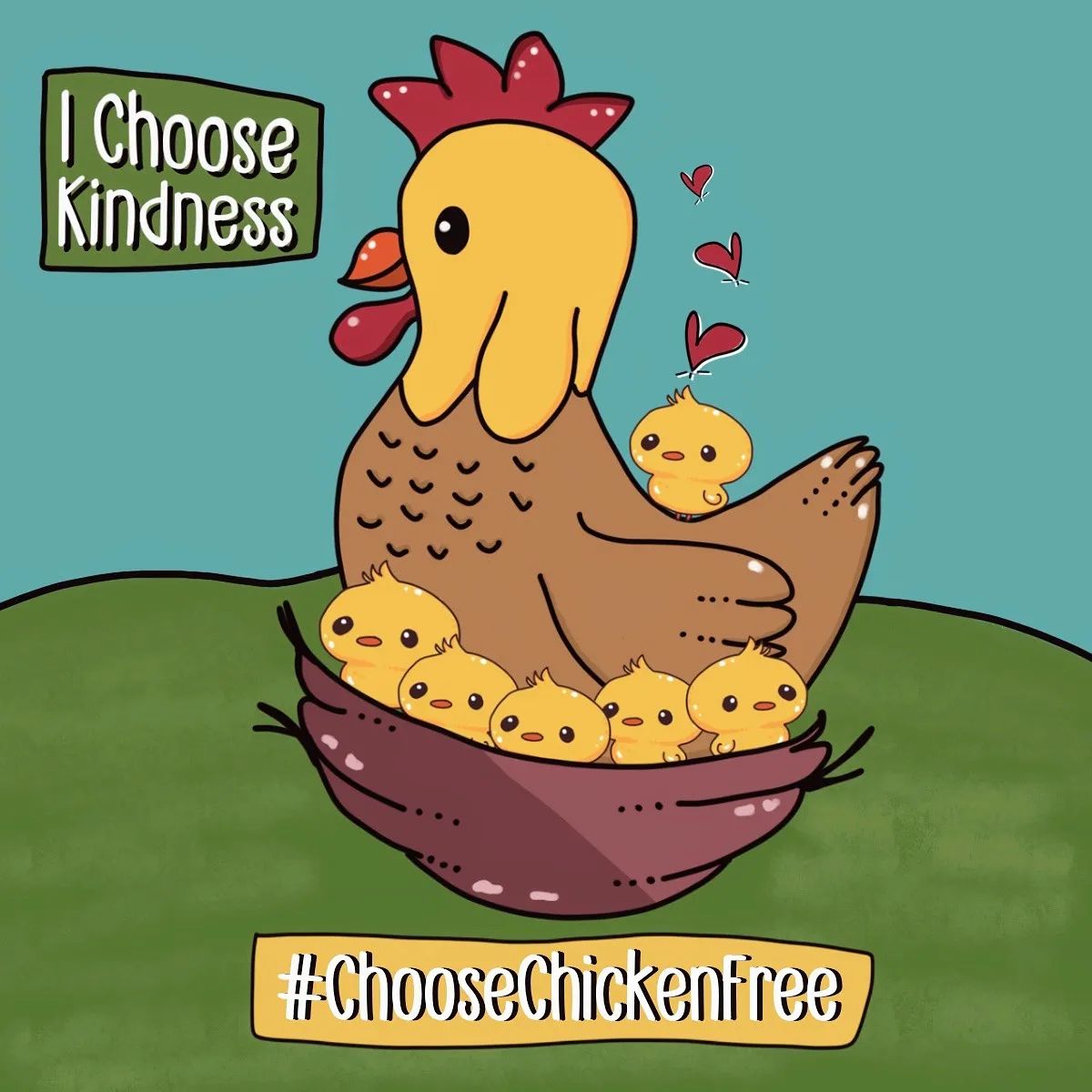 bubithebear
•
Follow
Did you know that today's chickens are living descendants of the dinosaur Tyrannosaurus rex? Like humans, they have full-color vision but they can also see violet and ultraviolet light. They use over 30 unique vocalizations to communicate. Those include warnings of danger, stress signals, mating calls, food discovery, etc. Many people think that chickens are stupid, but that's far from the truth. They can count at least to six and outperform toddlers in math tests. They are self-aware and can recognize up to 100 different individuals even after being separated for a longer period of time. They live in social groups called flocks and they form a hierarchy called pecking order. They can recognize the status of each individual within the hierarchy. Unfortunately, regardless of their sentience and being such interesting creatures chickens are one of the most abused animals on earth. The ones (ab)used for meat (around 50 billion per year) are bred to be as large as possible which often causes their bodies to give in under their own weight even before their lives end at only 6 weeks old (natural span is over 6 years). Like pigs, they live in horribly cramped conditions with less than A4 paper size space per chicken. They are constantly fed antibiotics to enable them to survive these 6 weeks which leads to a growing problem of antibiotic resistance. Egg-laying chicken is a somewhat different horror story. As only female chickens (hens) lay eggs, at hatcheries the male chicks are sorted out on their first (and last) day of life and either end up, fully conscious, in an industrial grinder, gassed, or left to suffocate in bags or dumpsters. Around 7 billion male chicks a year:(. Female chicks spend their lives in large sheds cramped either in cages or the "free-range" ones equally cramped but without cages. They lay up to 250 eggs a year which is around 15 times more than what they would in the wild. As creating eggs is an intensive process creating so many eggs leads to various health problems and spent hens end up in slaughterhouses at 2 years of age. What is their crime to be treated like this? Choose plant-based ❤🙏 #choosechickenfree by @weareveganuary 🐔 ❤
View on Instagram |
9/9
View on Instagram