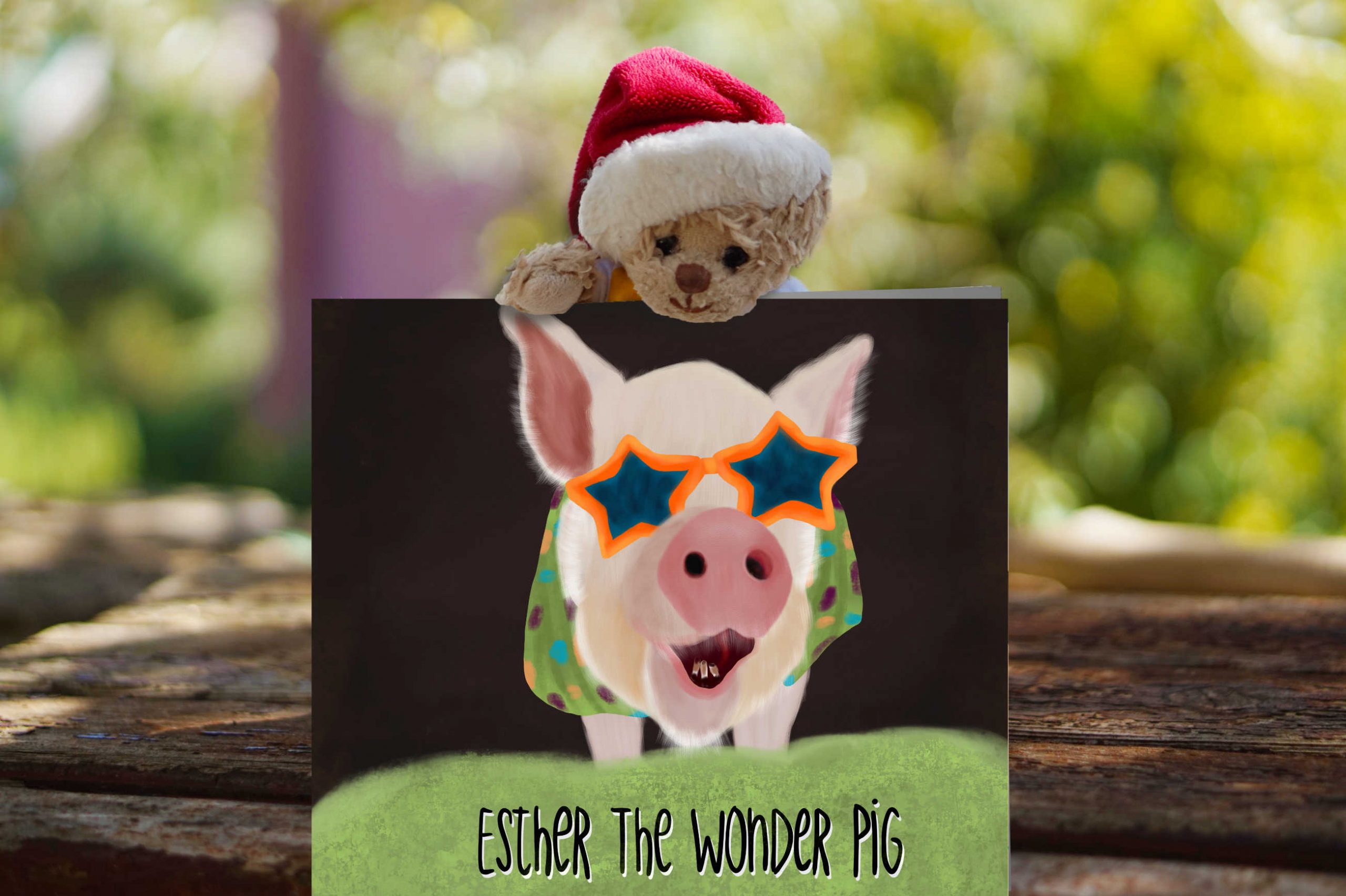 Once upon a time, in a land across a big ocean, lived a couple. They worked and lived like most people do, wearing and eating things everyone else did. Their life seemed to be as happy as they wanted it to be. But fate had a surprise in store. One day, an old friend reached out to the couple asking if they would want to adopt a mini pig. Since the two are great animal lovers, they thought it a great addition to their little family. The day she arrived at their doorstep, was the day their lives started to change.

They named her Esther.

Not human but still a person

They were told that she would always stay little and would not grow to be much bigger than a dog. Little did they know, she would be a wonder in her own right. Right away they started noticing that she isn’t just a silly little piglet. She had her likes and dislikes, her stubborn streak, her temper escalations, and her own view of what she likes her life to be. What especially surprised the couple, was her intelligence and curiosity. They were baffled by the notion that this small creature could be an individual with as much character and personality as any other domestic pet or even a small toddler.

Quickly it also became clear that Esther was not a mini pig in any sense of the word but a commercial pig bred to be somebodies dinner. This thought was horrifying and it changed their way of looking at the world forever. They could no longer fathom to retain the lifestyle they led all their lives. So, they became vegans or how they like to call it “Esther approved”, keeping themselves and their house clean of any animal products, knowing there are millions of Esthers out there who were not lucky to get the chance to live a proper piggy life but a horrible and short existence of a commercial pig.

Moving to the farm

Because of Esther’s growth they soon realised that they’ll need to move from their small suburb house. They needed a place where they could be free in enjoying the life they were already becoming accustomed to with Esther. With the generous help of people around the world, they were able to raise enough money to buy a farm and open a sanctuary for farmed animals. There, Esther is now living her best days. She is free to run around, wallow in the mud and simply enjoy being a pig.

Esther, in her kindness, humour and intelligence disproved all their outdated beliefs. She became an intricate part of their lives, altering not only their careers but their personal lives as well. The wonder of Esther is not in her surprising body size, but the warmth and love she instills in the hearts of many people around the world.