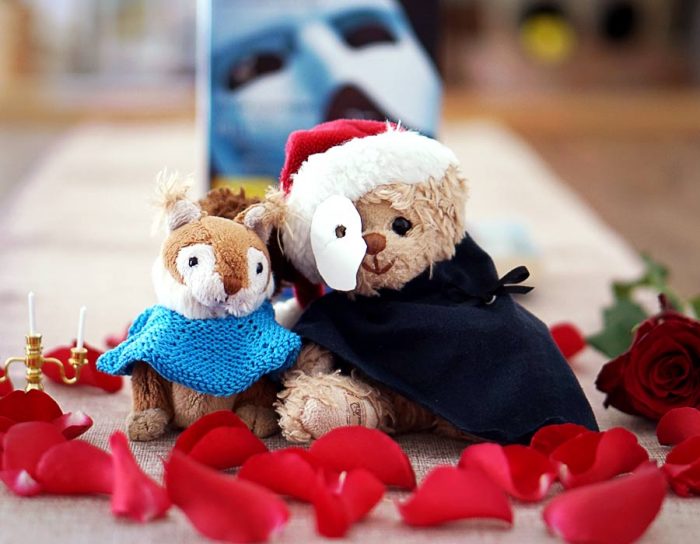 Could you imagine plushies acting on Broadway or West End :)? I love musicals and my friend Ema and I, with some help of our humans, prepared a snippet from our favorite musical, The Phantom of the Opera.

The Phantom of the Opera is a musical with gorgeous music by Andrew Lloyd Webber and lyrics by Charles Hart and Richard Stilgoe. Lloyd Webber and Stilgoe also wrote the musical’s book together. Based on the French novel Le Fantôme de l’Opéra by Gaston Leroux, its central plot revolves around a beautiful soprano, Christine Daaé, who becomes the obsession of a mysterious, disfigured musical genius living in the subterranean labyrinth beneath the Opera Populaire. (source: Wikipedia)

This one is from the heart and dedicated to our favourite Christine and Phantom, Sierra Boggess and Ramin Karimloo that inspired us to do it. Hope you’ll enjoy.

If you want to see more, check out the Part 2 here.

Who is your favourite Christine and Phantom?

Directed, recorded and edited by Ana & Marko
Music played and sang by Marko 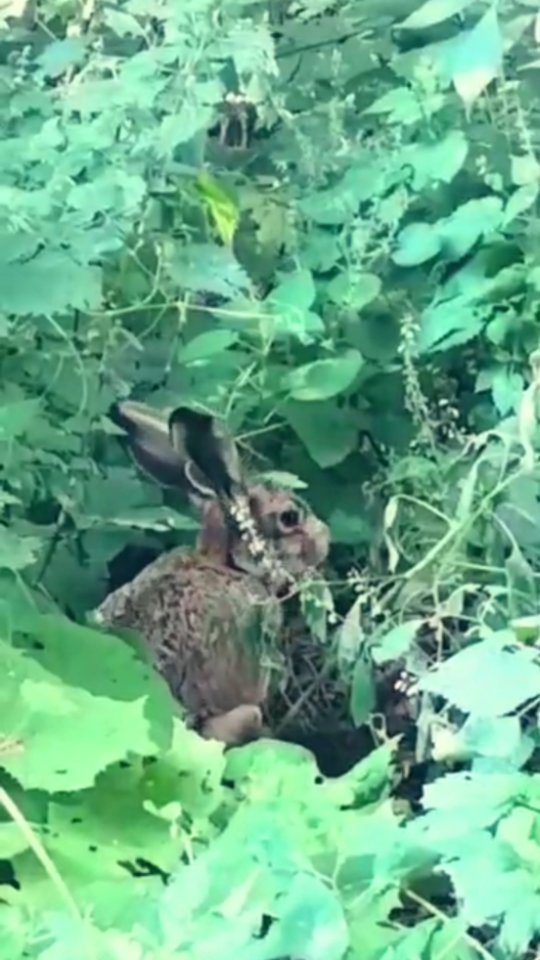 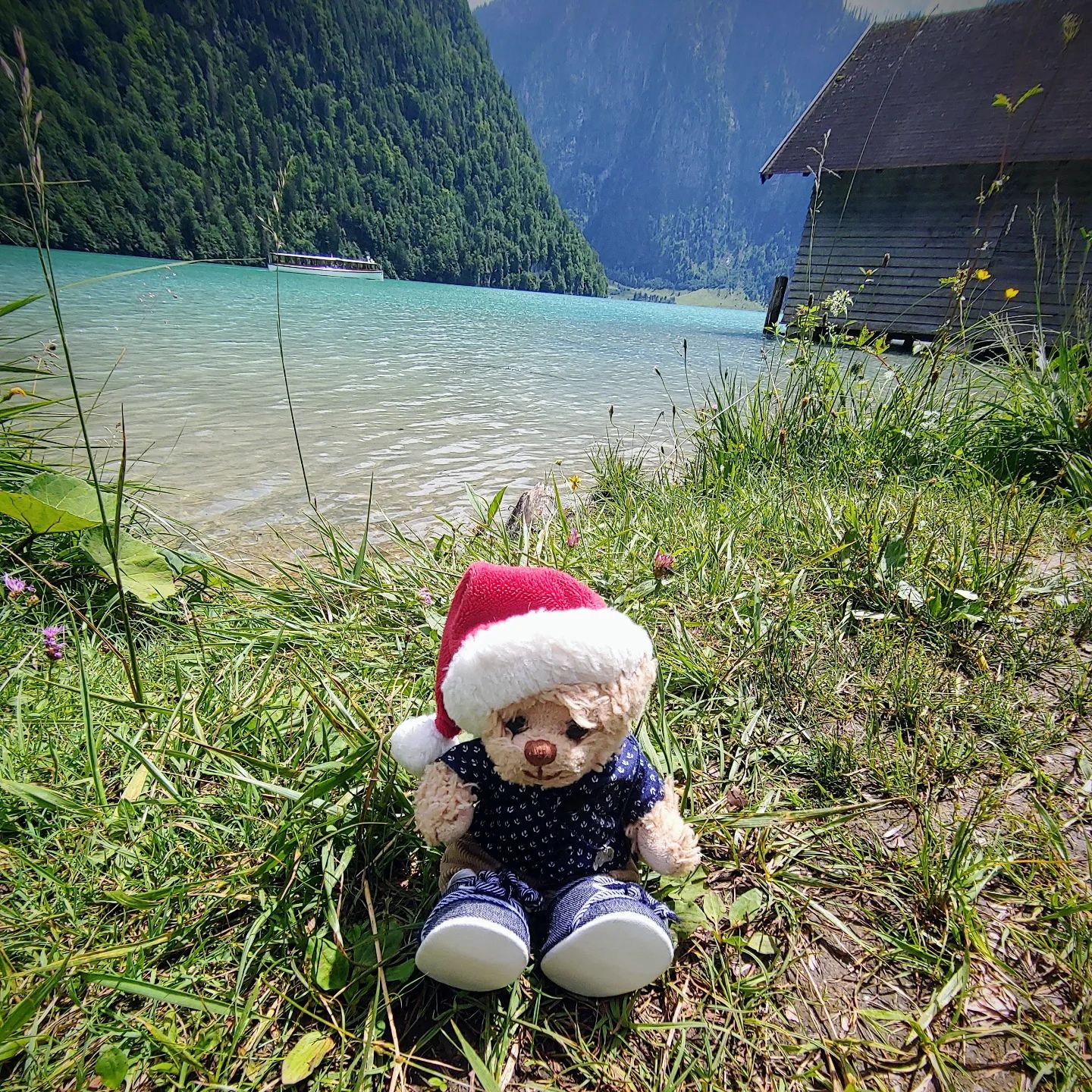 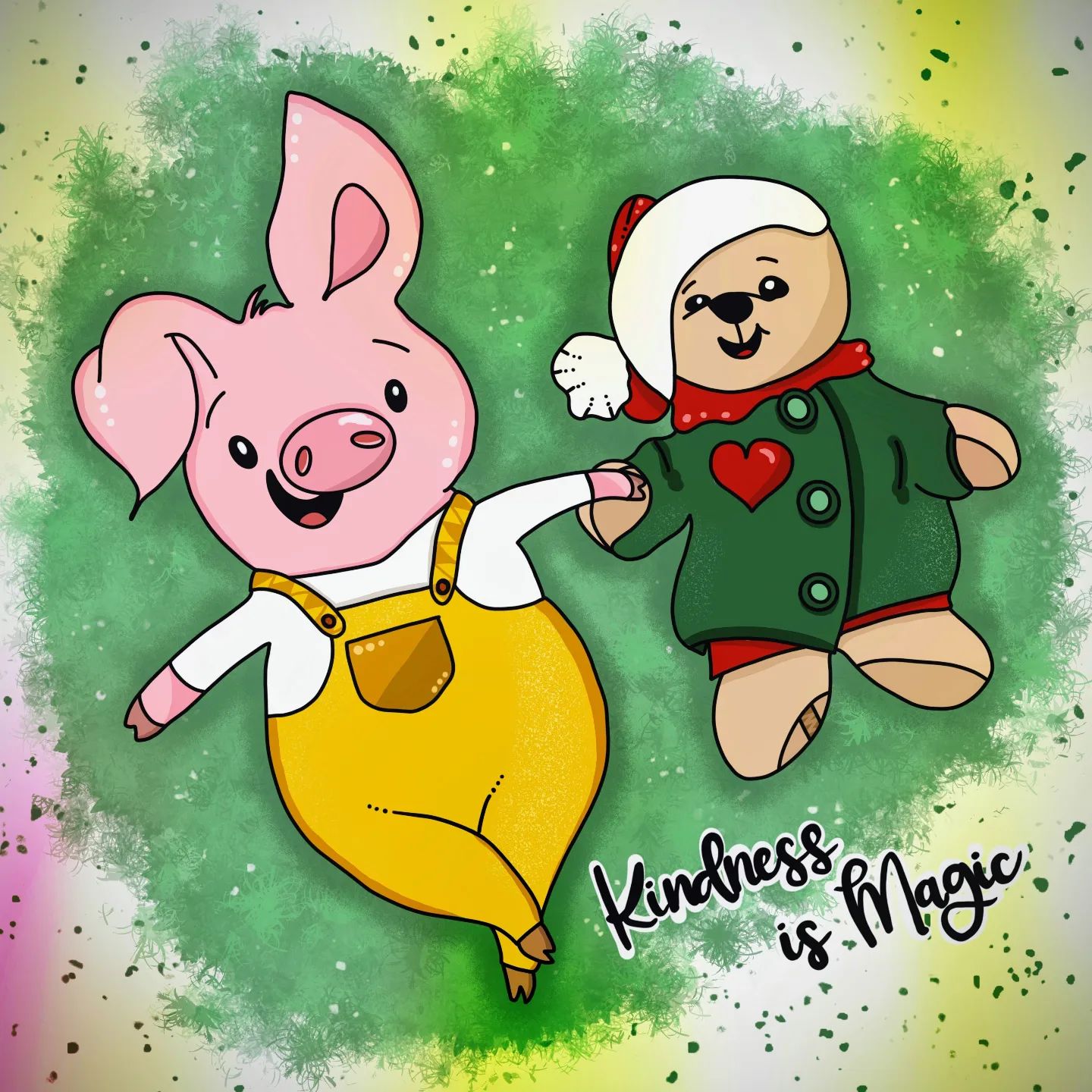 bubithebear
•
Follow
I see a spark in you, You’re just like me Longing for kindness For a place to be free How do people not see it? How can they do this to you? You can feel the pain Just the same as they do Is it easier to ignore? Burry heads in the sand Look away wanting more Paying for your bitter end I see a spark in you A soul mirrored in your eye Just a peaceful being Looking for a peaceful life You’re just like me I’m just like you A tiny spark of life Glowing for a minute or two #animalrights #animalrightsactivists🐾🐷🐖🐑🐐🐮🐄🐓🐔🐣🐥🦋❤️🙏💚🌱 #veganillustration #friendsnotfood #artivist #veganartist #bubithebear #veganillustration #veganart #procreate #pigletsofinstagram #plushiedrawingthursday #kidsillustrations #Veganfortheanimals #fightforanimals #stopfactoryfarming #piglove #pigillustration #kidlitart
View on Instagram |
5/9 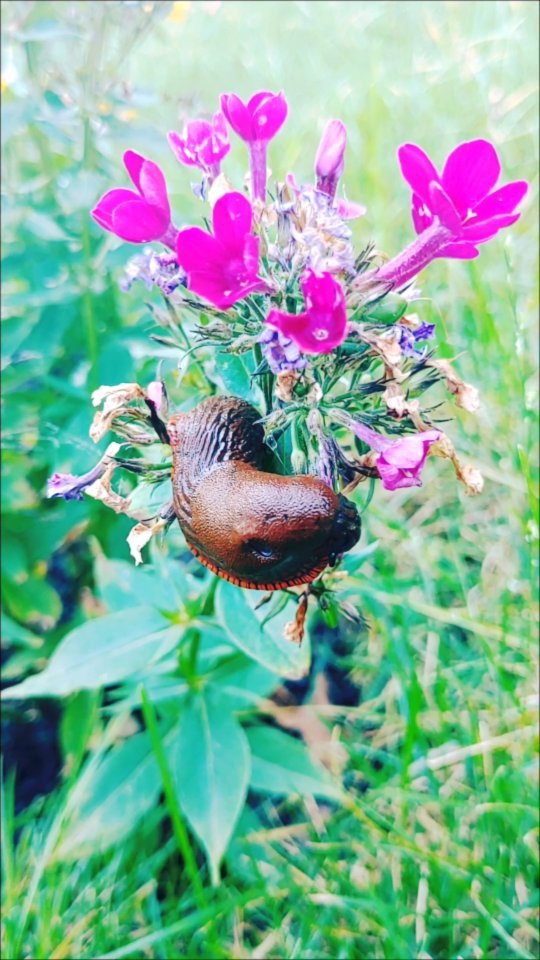 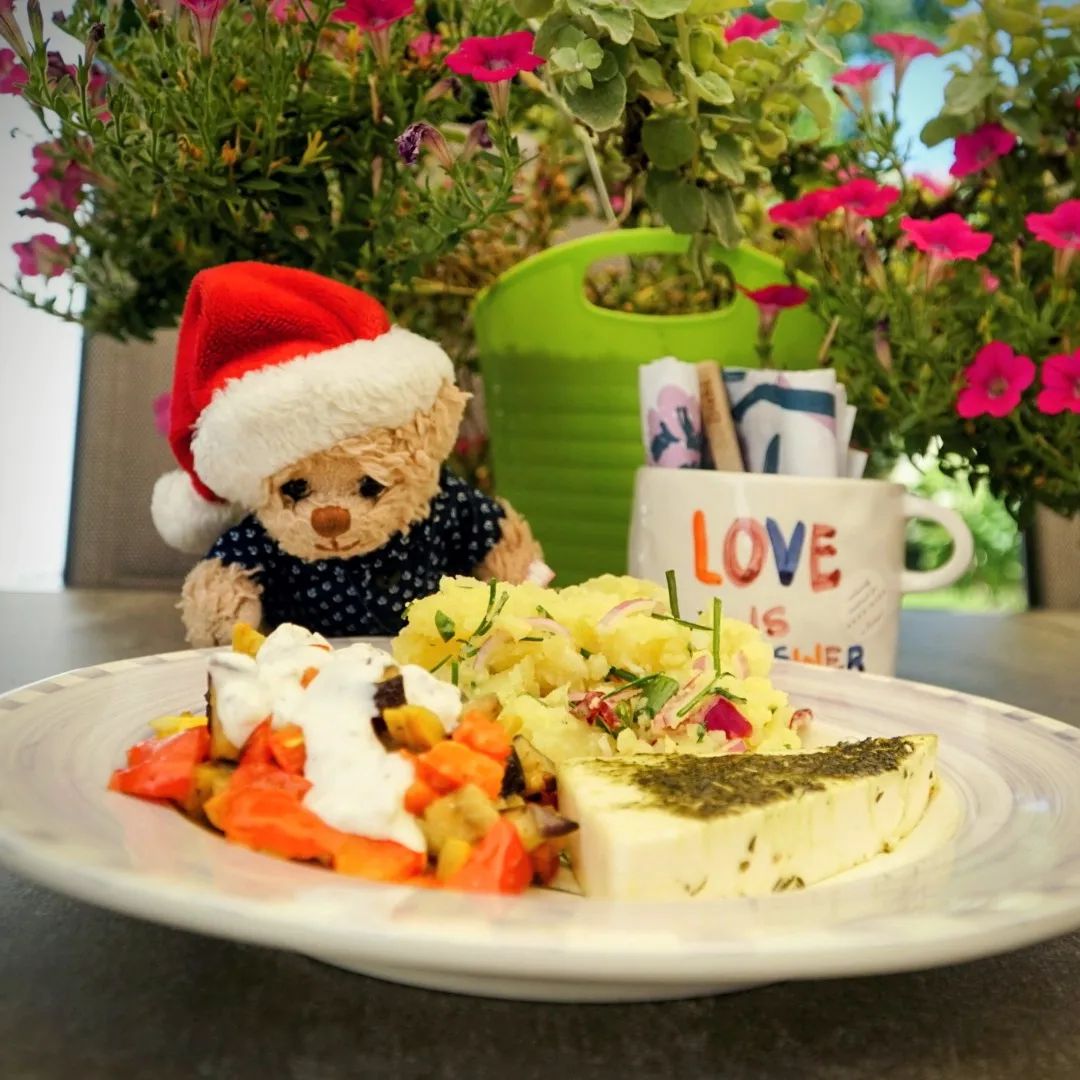 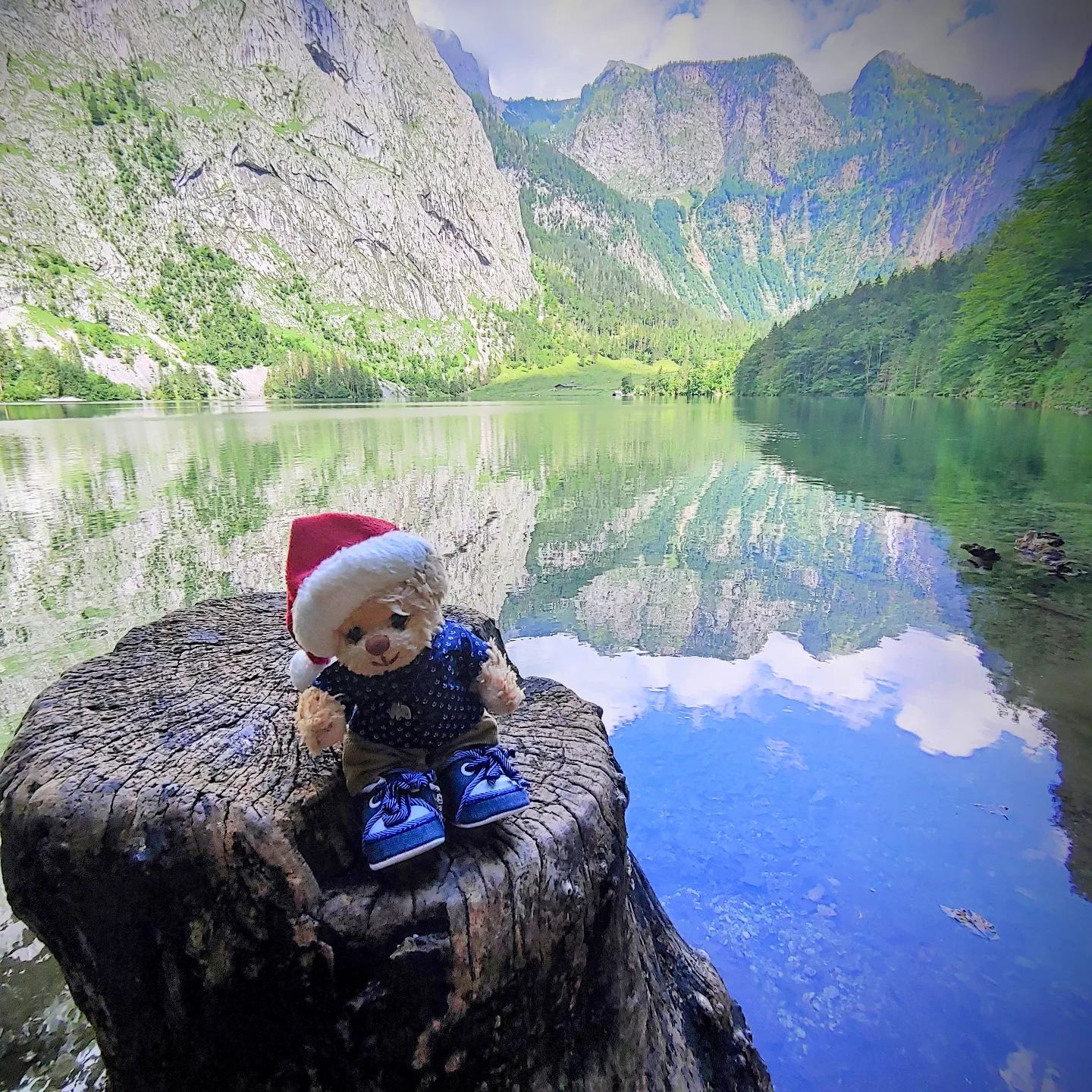 bubithebear
•
Follow
"We are all animals of this planet. We are all creatures. And nonhuman animals experience pain sensations just like we do. They too are strong, intelligent, industrious, mobile, and evolutional. They too are capable of growth and adaptation. Like us, firsthand foremost, they are earthlings. And like us, they are surviving. Like us they also seek their own comfort rather than discomfort. And like us they express degrees of emotion. In short like us, they are alive." - Joaquin Phoenix #berchtesgadenerland #königssee #konigseelake #naturliebe #königseebayern #konigsee #animalsarefriendsnotfood #bekindtoeverykind #peaceforanimals #veganfortheanimals
View on Instagram |
8/9 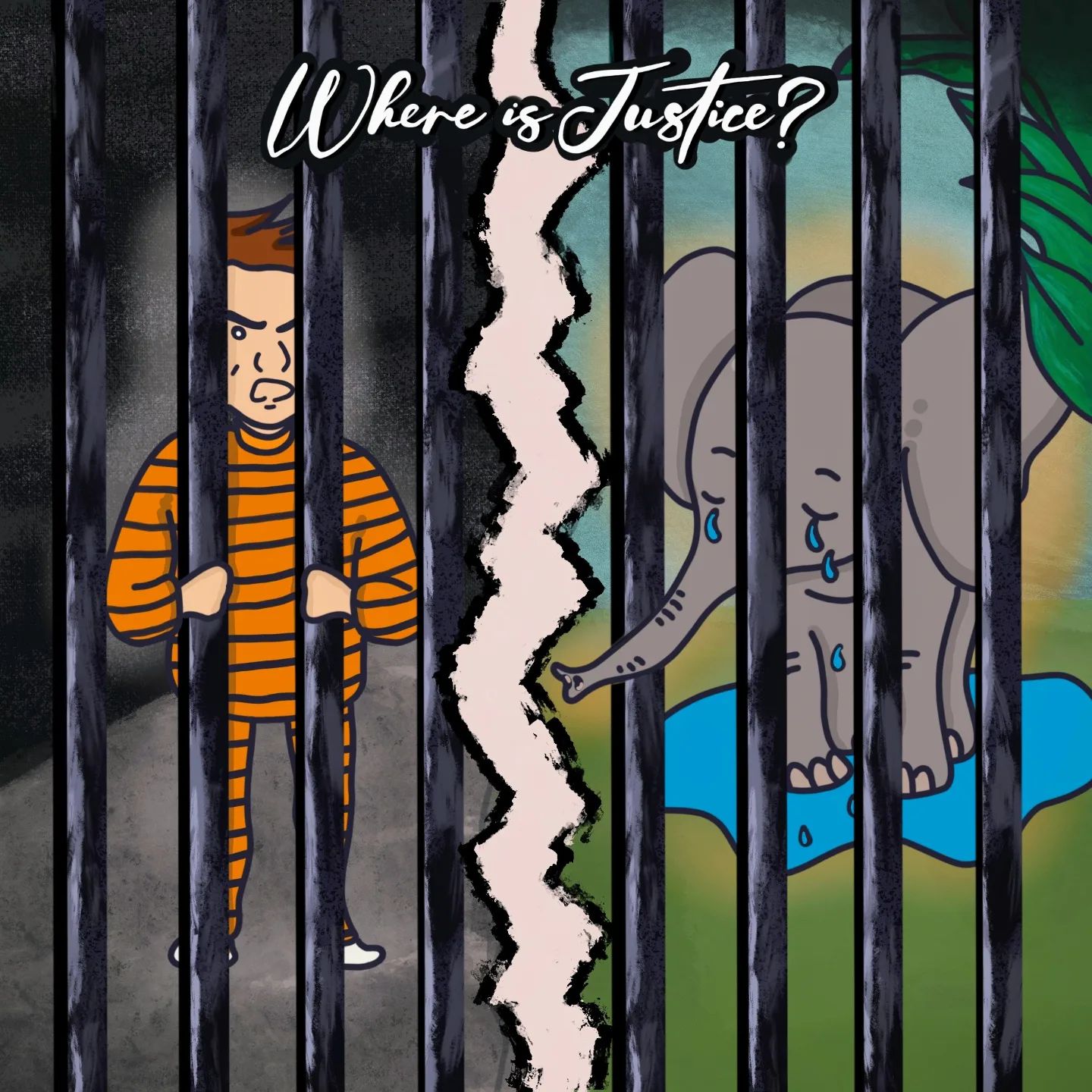 bubithebear
•
Follow
A Prison For the Innocent I used to enjoy zoos, as many do. It was incredible to see wild animals, some of whom I’d probably never be able to see otherwise, up close. It was almost a habit to visit a zoo in every big city I visited. But the excitement of seeing wild animals somehow completely clouded my mind. For a long time, it didn't occur to me that I’m actually excited to visit a prison where all prisoners are innocent. It is so obvious and yet so hard to grasp. Zoos are one of these things in life that we, from a very young age, learn to accept as a part of our reality. We are told that zoos are educational or that they’re important for the conservation of endangered species. However, just a scratch beneath the surface shows that modern zoos are first and foremost for-profit organizations set up for human entertainment. If there’s a bit of education or conservation going on it plays a minor role or is simply a PR effort to create a good image. Yes, we can learn that elephants have trunks and that giraffes have long necks, and the zoo might be directing 1-5% of its proceedings to conservation, but we can easily learn much more from wildlife documentaries, books, or YouTube videos and donate directly to one of many organizations fully dedicated to conservation. The only difference would be that we wouldn’t see these beings up close. Does this justify their lifelong imprisonment? There’s nothing entertaining or educational in capturing innocent beings in the wild, separating them from their families, and locking them up in small enclosures just so we can take a quick peek at our pastime. They don’t deserve that. When zoos started science didn’t know much about wild animals. We didn’t know how emotionally and socially complex their lives in the wild really are and how life outside their natural habitat might affect their well-being. Now we know and we need to adjust accordingly. Experiencing wild animals in their own habitat is worth a million visits to a zoo, visiting a sanctuary is the second best thing. To me, even just knowing that they live their lives in freedom and watching videos and documentaries is enough. Zoos belong to the past. Stay kind!
View on Instagram |
9/9
View on Instagram