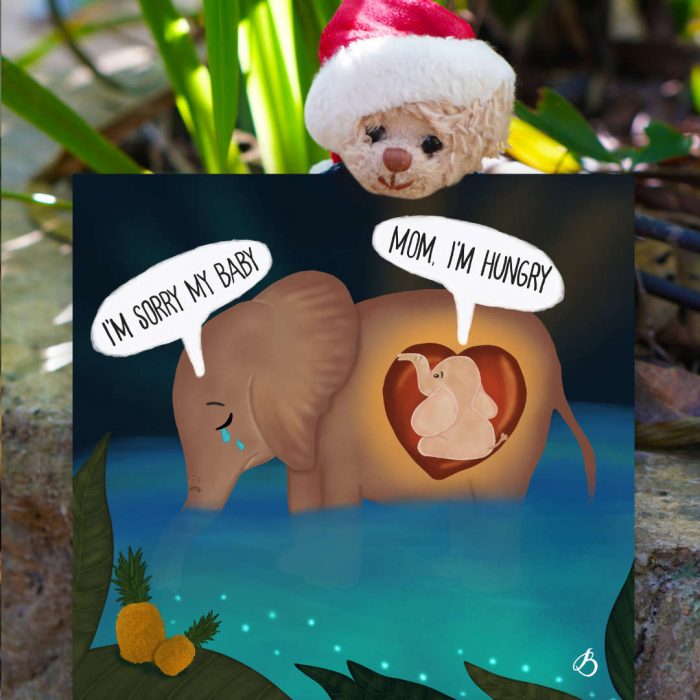 How can people justify what they’re doing to animals? Did animals somehow deserve to be treated this way? Are humans really just cruel savages as some would say?

These are the questions that were going through my head when I read the story about a pregnant elephant that’s been given a pineapple filled with fireworks. How can anyone come up with such a horrendous idea?

The human brain that’s meant to be the pinnacle of the evolution and can create such beautiful things as music and art is so often used to come up with the most horrible ways of violence and murder. Why is that so?

What did that poor elephant and her non-born calf do to deserve such a grueling death? She was just looking for food.

You see, animals don’t care about fancy cars, houses, or smartphones. They don’t need money or any of the stuff that humans became so addicted to. They don’t own or desire any of it. The only thing they own is their own life, and yet humans find countless ways to take that from them as well.

Elephants are majestic creatures that roam vast distances in search of food and water. By doing that they spread seeds of various trees and greens whose leaves and fruits they eat but pass through their quite ineffective digestion system. For that reason, they are also called the gardeners.

In their minds, they keep precise maps of corridors where they need to go to find food and that knowledge has been passed on from their ancestors for thousands of years.

With human activity encroaching more and more into wild habitats, these roaming spaces became smaller and smaller and many of the corridors blocked. Most of the wild elephants have already been killed and the ones that are still alive are having an increasingly hard time finding food and water. For that reason, they are coming closer to human settlements which often causes so-called human-wildlife conflict.

These conflicts sometimes lead to human casualties but more often than not elephants are the ones who get killed. It’s easy to understand the anger of the people that lost a family member or whose crops got eaten by elephants but we should also understand why this is happening and work together to prevent it rather than trying to solve the problem with even more killing.